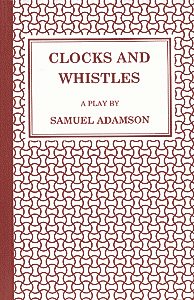 Henry watches. He watches Anne – who is helped or hindered by the older man in her life, the enigmatic Alec – as she tries to make it as an actor. And he watches Trevor, who hangs out in seedy clubs and his flat in Paddington, as he tries to make it as a poet. As the lives of all three interlock, they drift into a world of sexual and emotional confusion.